Springbay Studio is committed to making educational games that help children appreciate and understand the beauty of the natural world that surrounds them. According to the research paper, “Educational Games - Are they Worth the Effort? A Literature Survey of the Effectiveness of Serious Games” (Backlund & Hendrix, 2013)[1], game based strategy for education is effective in promoting students’ problem solving skills and better learning motivation, which suggests that digital game-based learning may be a useful and productive tool to support students in effective learning. 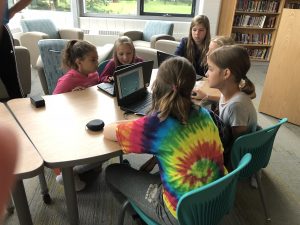 To introduce the concept of game-based learning in classrooms, we conducted a series of school workshops in Ontario, Canada (21 workshops for over 600 students). Kids got around 30 minutes to play the game, “iBiome-Ocean”  and learn about marine ecosystems and the human impact on our oceans. The kids were asked to fill out a feedback form about the workshop. From the survey it was evident that kids enjoyed playing the game a lot, especially the part of making food webs. Remarkably, majority of the students stated they learned about the marine species and environmental challenges in a “fun way”. With a balanced mixture of videos and digital games, they got interested to discover the world of oceans. We also got feedback from the 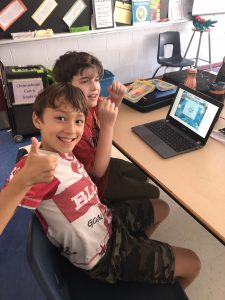 teachers of these classrooms, all of them found workshop very engaging and aligned with their science curriculum.

As expected, kids liked the game because it is fun to play. But surprisingly, they also liked our game because it is educational and it helped them learn about marine species. However, on the other hand, not all teachers are comfortable about using digital games in classroom. There is a gap in demand for game-based learning from teachers. How can we help teachers to adapt game-based learning? Will one day digital educational games be part of lesson plans as a common phenomena ?

[1] Backlund, P., & Hendrix, M. (2013, September). Educational games-are they worth the effort? A literature survey of the effectiveness of serious games. In Games and virtual worlds for serious applications (VS-GAMES), 2013 5th international conference on (pp. 1-8). IEEE.